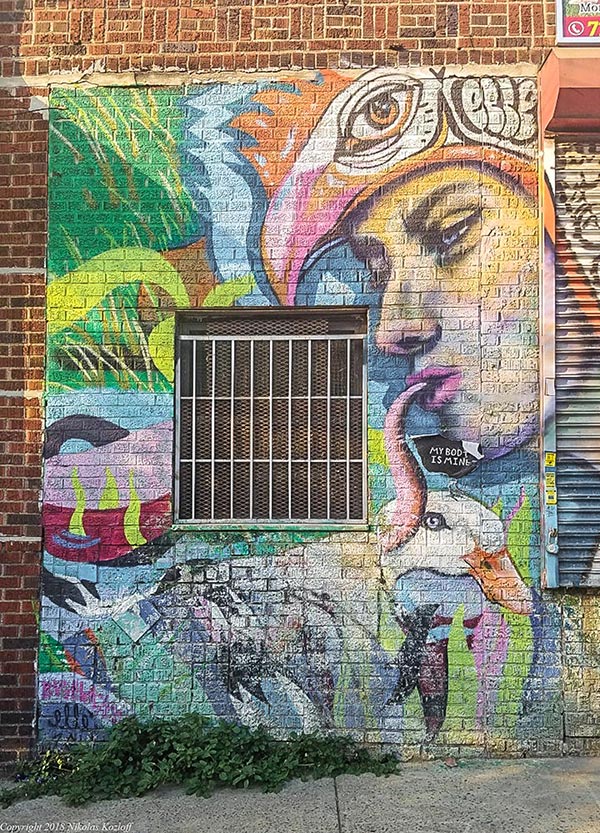 In many ways, Bushwick, Brooklyn resembles my recent trip to Berlin.  Getting off the L train at Jefferson Street, you can’t miss the dynamic youth scene, wall murals and graffiti in the area. 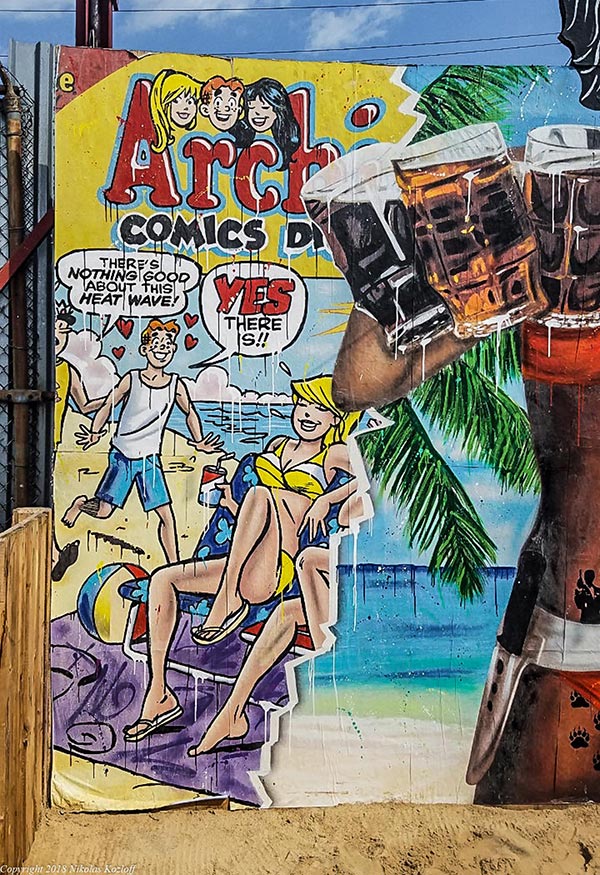 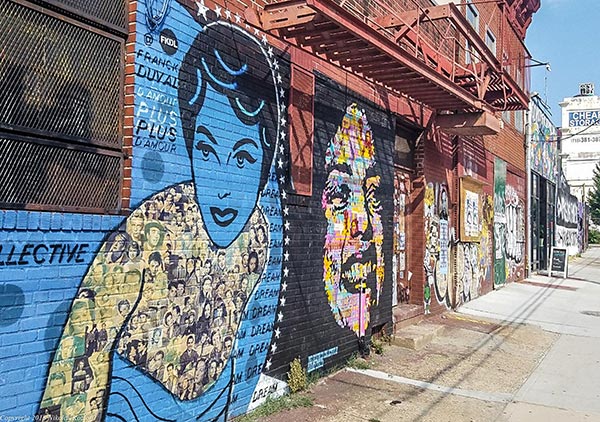 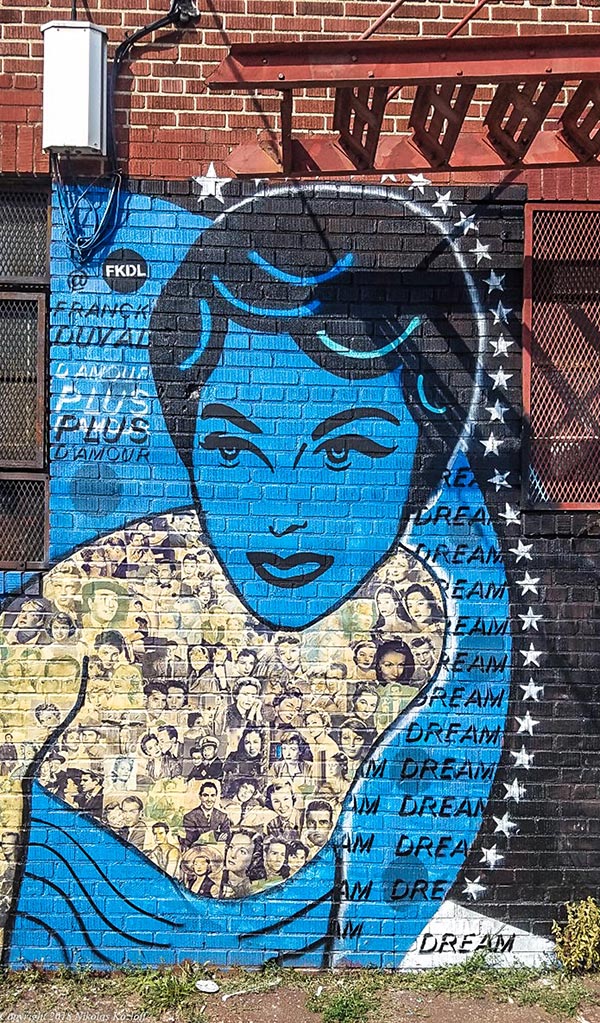 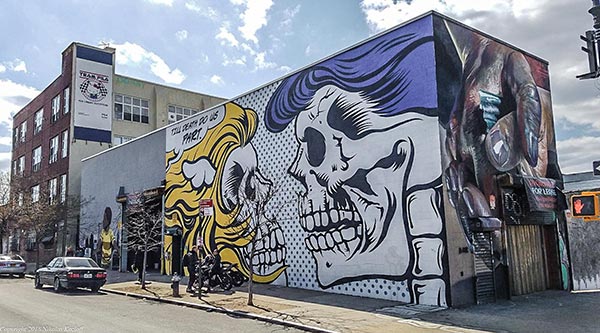 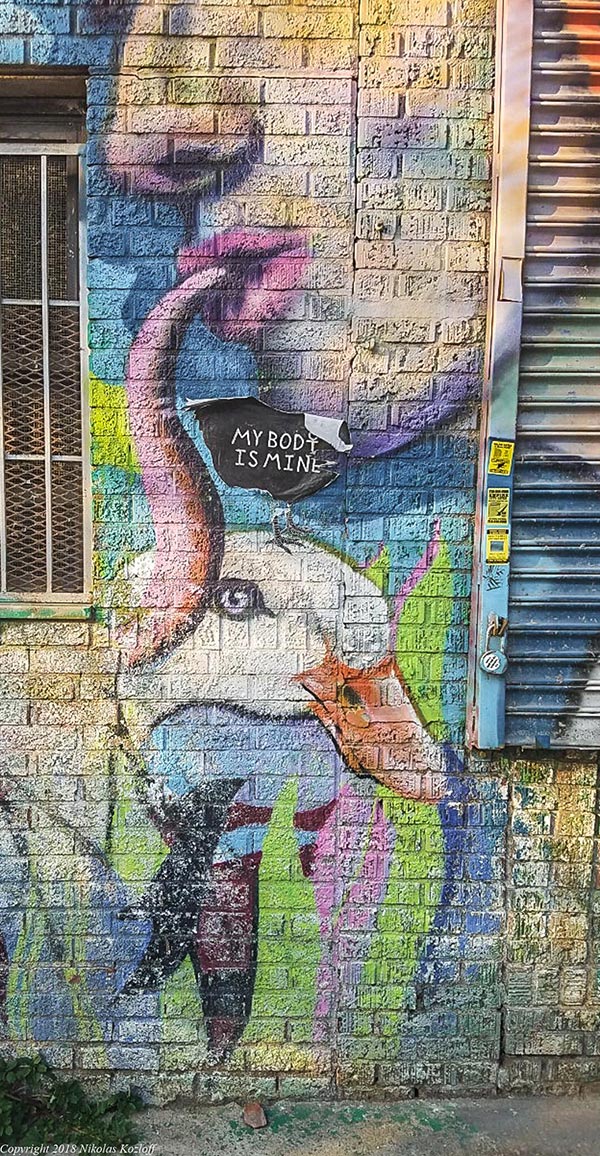 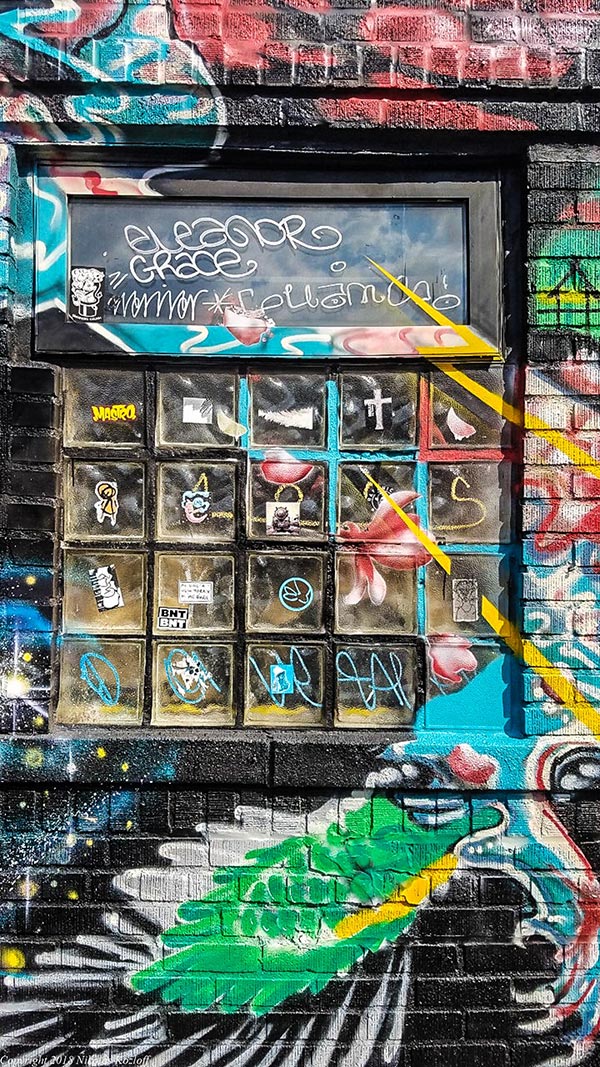 Like Berlin, where hipsters and Turks live cheek by jowl, Bushwick is home to a substantial Central American population.

And also, like Berlin, the neighborhood shows off its offbeat cars.

Unfortunately, graffiti in Bushwick isn’t as political as Berlin.  Nevertheless, there are a couple of political centers in the area, for example May Day Space. 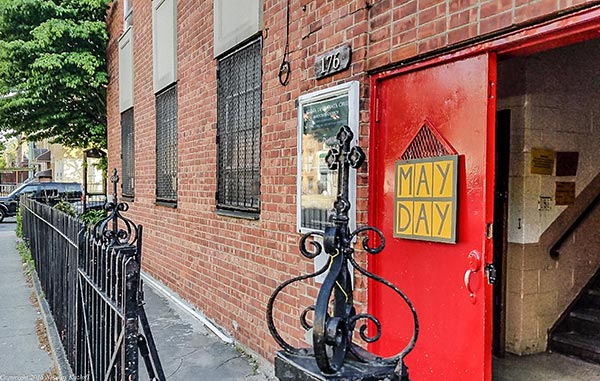 Nearby Starr Bar is linked to May Day Space.  The venue stages presentations about radical politics, for example dealing with the municipal movement in Barcelona.  The drink menu takes its cue from the anti-fascist resistance. 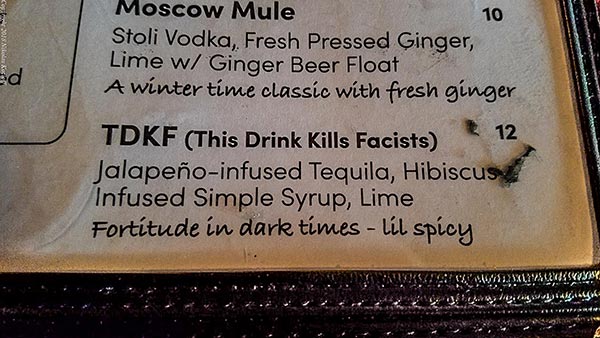 Like Berlin, where whole neighborhoods are up in arms about the rising cost of rent, Starr Bar sports an anti-rent banner. 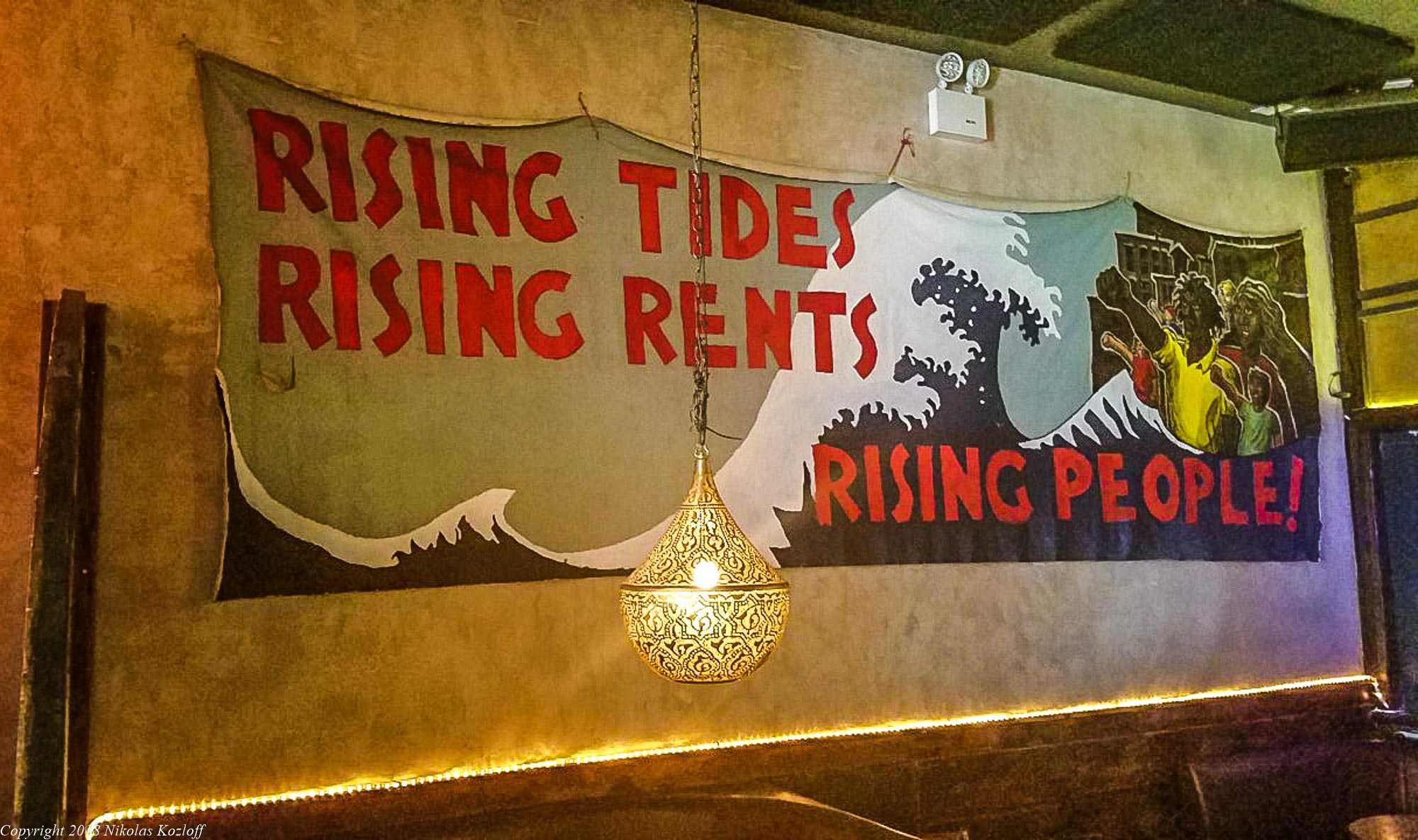 Moving east to Ridgewood, a number of former activists from Occupy Wall Street have set up a colony of sorts, ranging from the Woodbine political space to Topos bookstore and cafe. 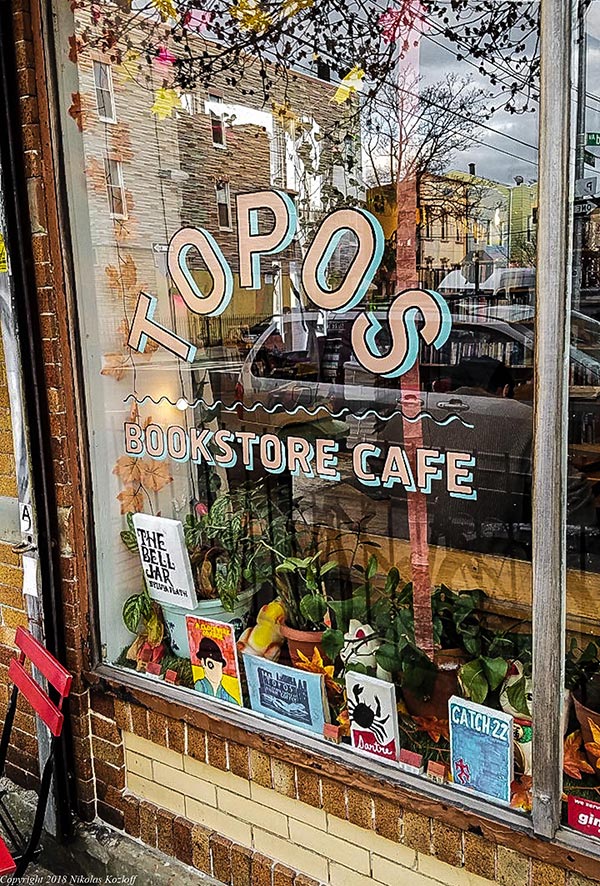 Topos is somewhat similar to the revolutionary store in Berlin. 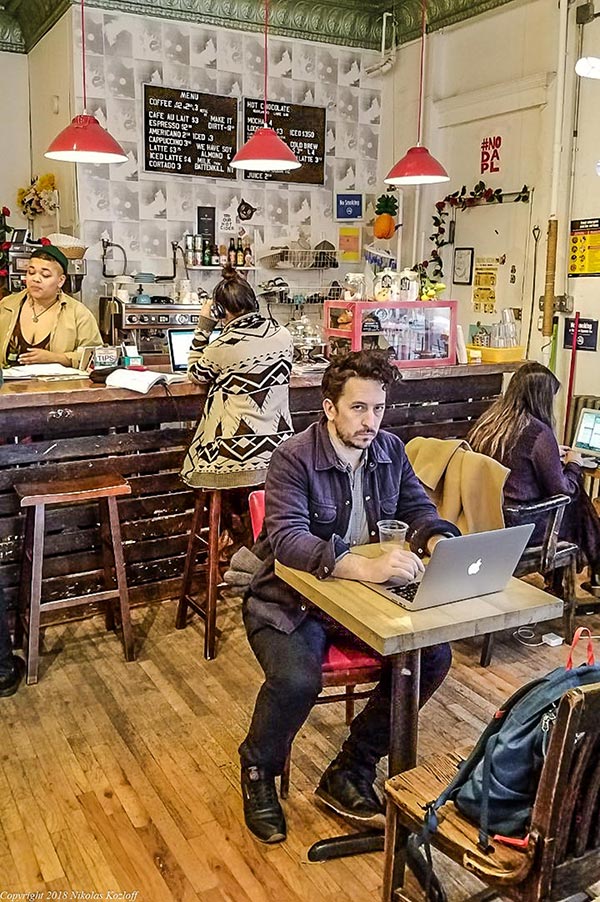 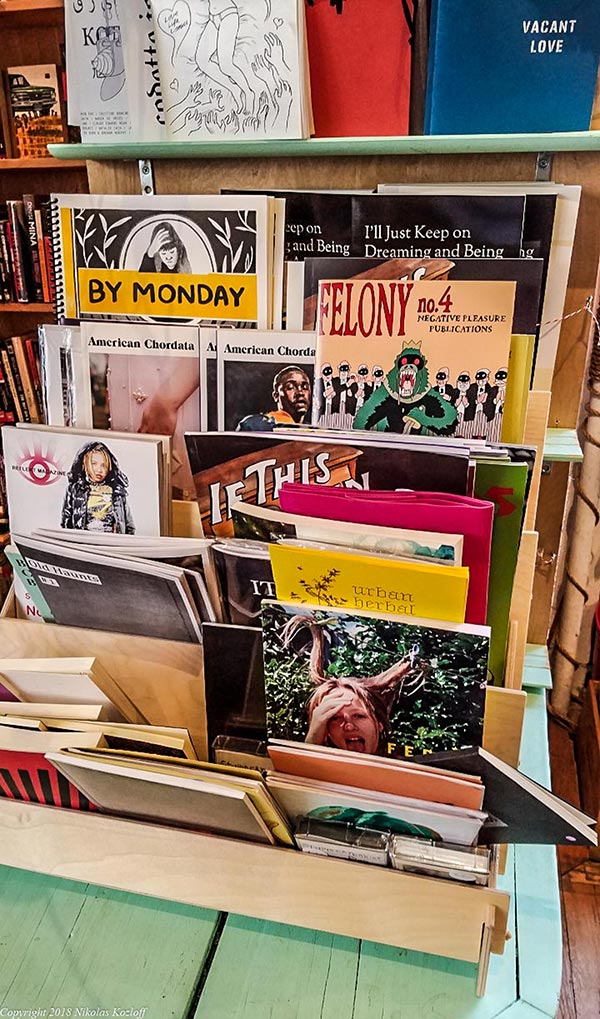