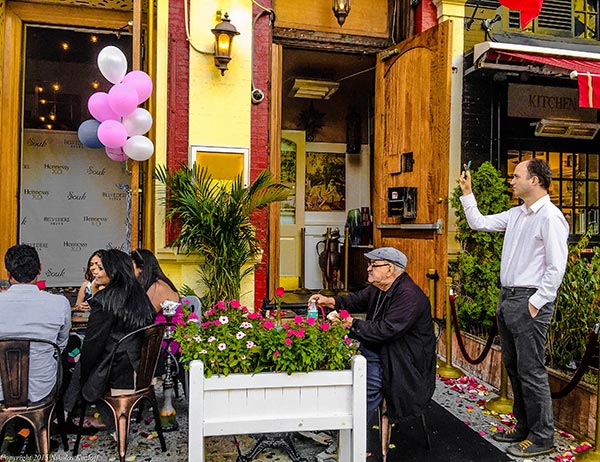 This web site is a bit of a mix: on the one hand I post articles featuring loosely-defined “photojournalism,” and on the other hand I showcase panoramic photos which are totally apolitical.  For years, I have been attending street fairs, be it Sikh day, Chinese New Years, West Indian day parade or even Mardi Gras, and these photos underscore the colorful, surreal and outlandish nature of parades and city life.

In 2017, I put on a photo exhibit entitled “Caribbean Kaleidoscope,” at the Brooklyn Flatbush library.  The show featured panoramic photos from Brooklyn’s West Indian Day Parade, as well as images from Toronto’s “Carabana” festival.

For those interested more strictly in writing, see my home site and other companion site.