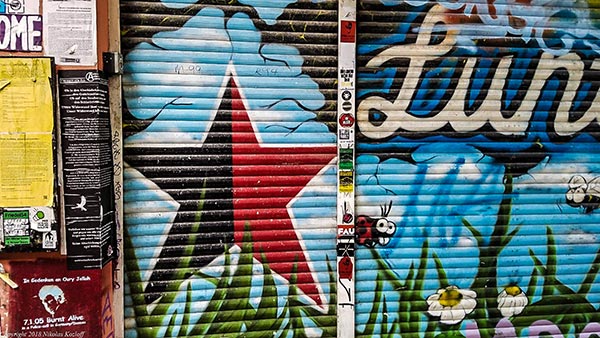 In Kreuzberg, I came upon an anarchist library which had recently been raided by police. 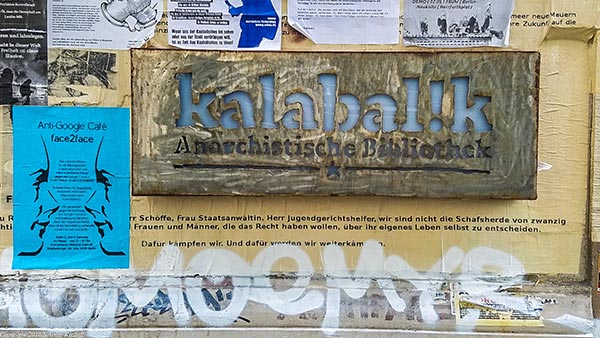 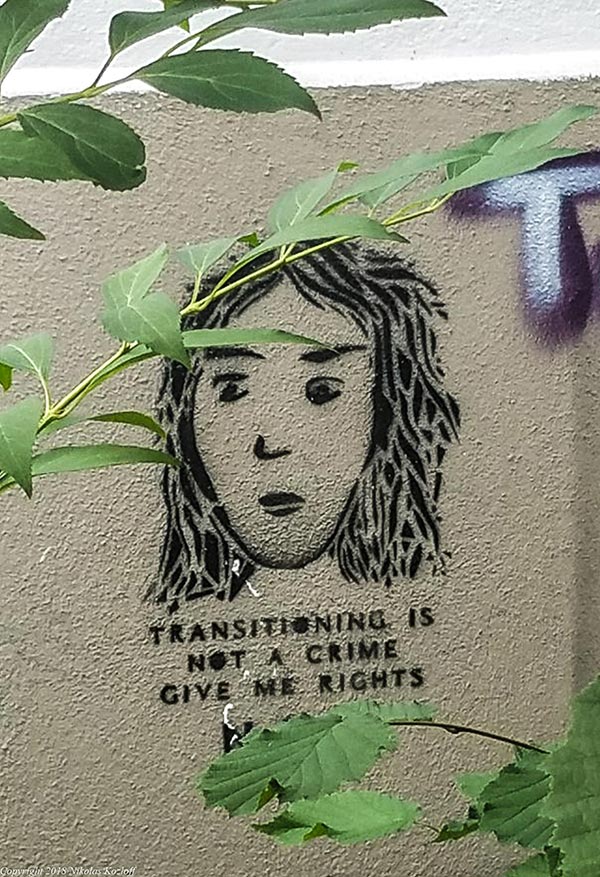 Nearby, I spotted another anarchist center in a nearby park. 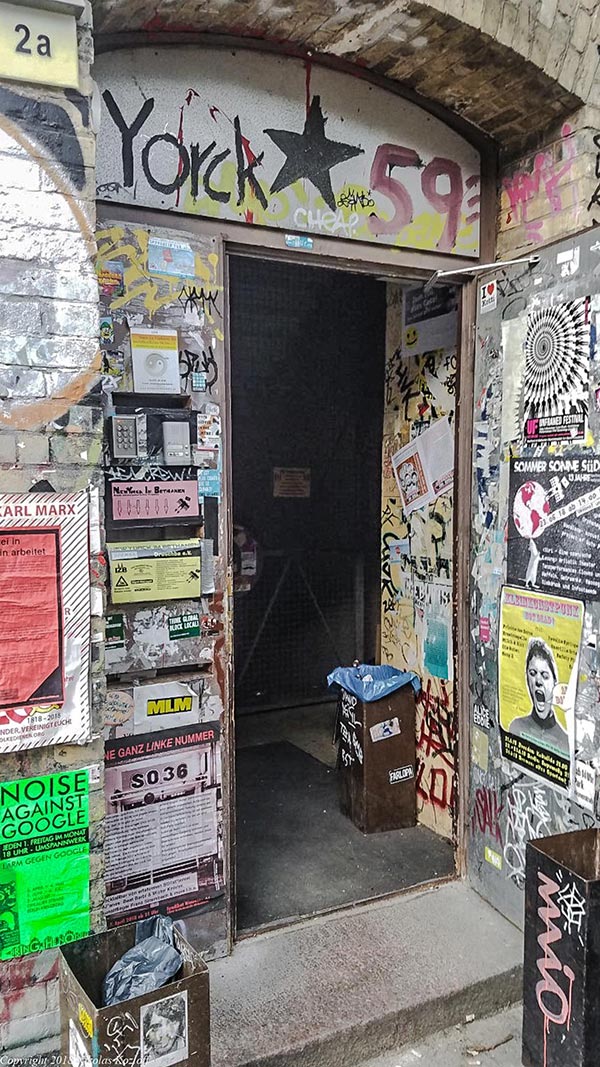 Anarchist colors of red and black, in Schillerkeiz, another neighborhood in the vicinity.

Kreuberg and Friedrichshain are plastered with wall posters honoring Rojava, a Kurdish enclave in northern Syria which has been widely influenced by anarchism. 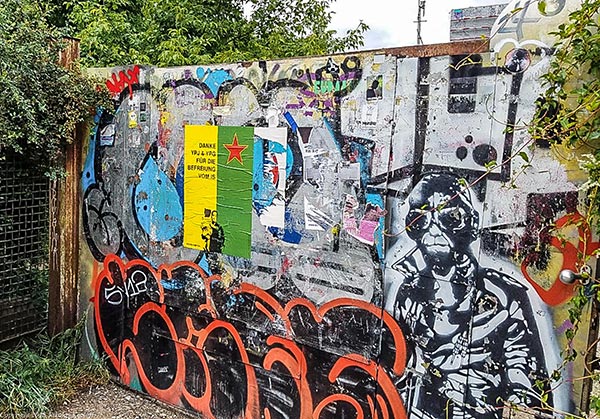 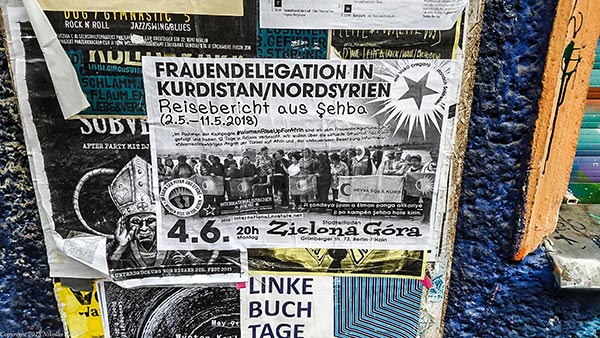