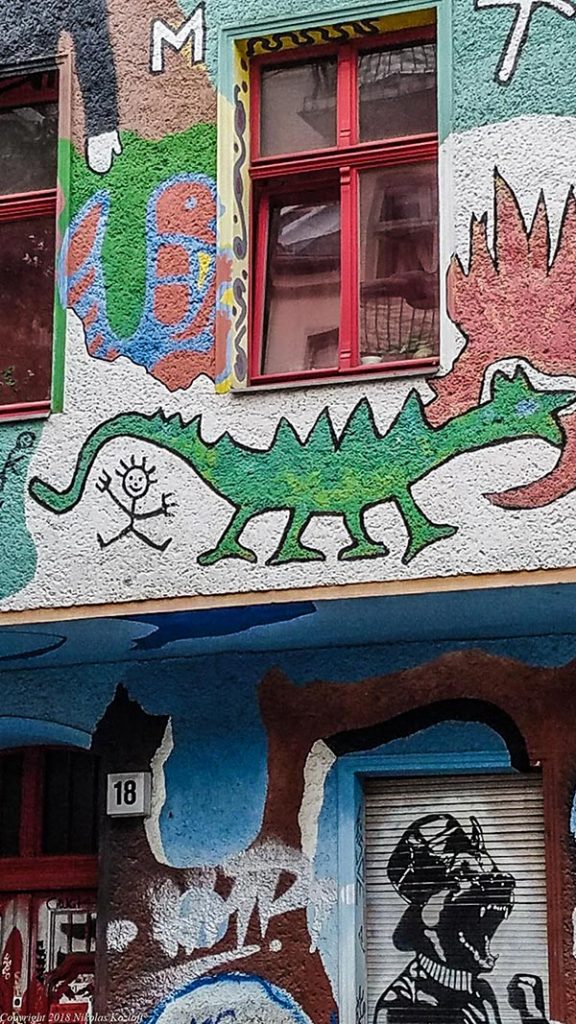 Walking along Kreutziger Straße in the Berlin neighborhood of Friedrichshain, I was struck by an unusual building adorned with murals and political banners. 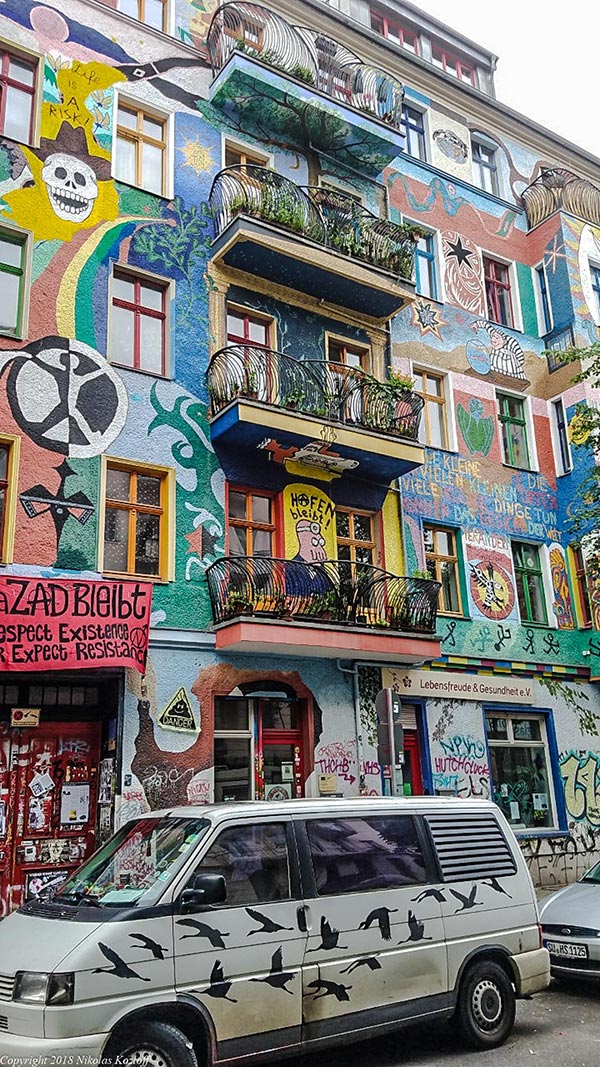 The facade displays many motifs, for example a skull which looks like it belongs in the Mexican Day of the Dead. 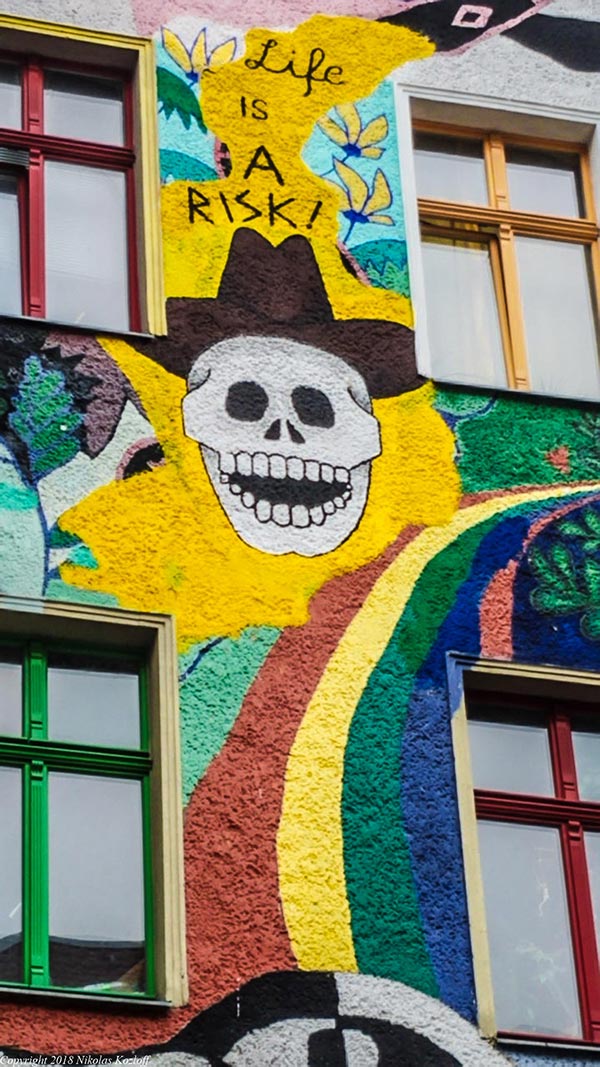 Another section of wall looks like it is straight out of a Nepalese Buddhist temple. 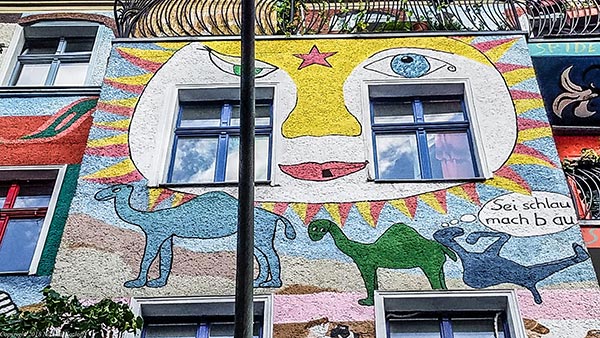 To the left, one can see a yellow submarine painted underneath a balcony. 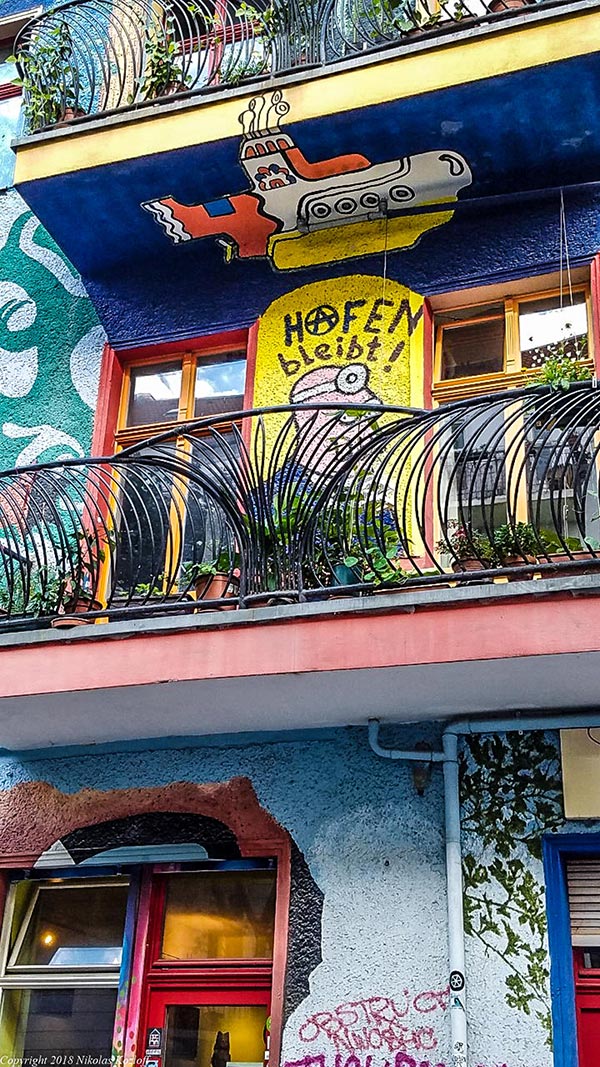 Underneath the submarine is a painting of a crazed doctor. 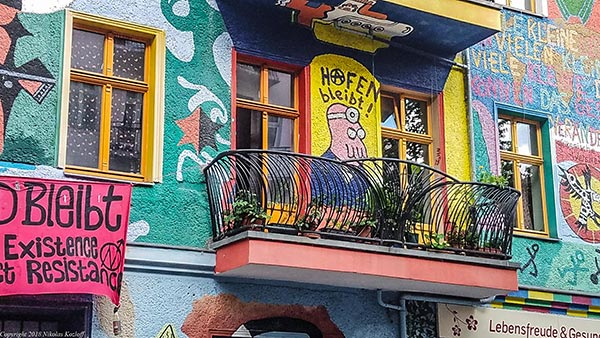 Another colorful side of the building here. 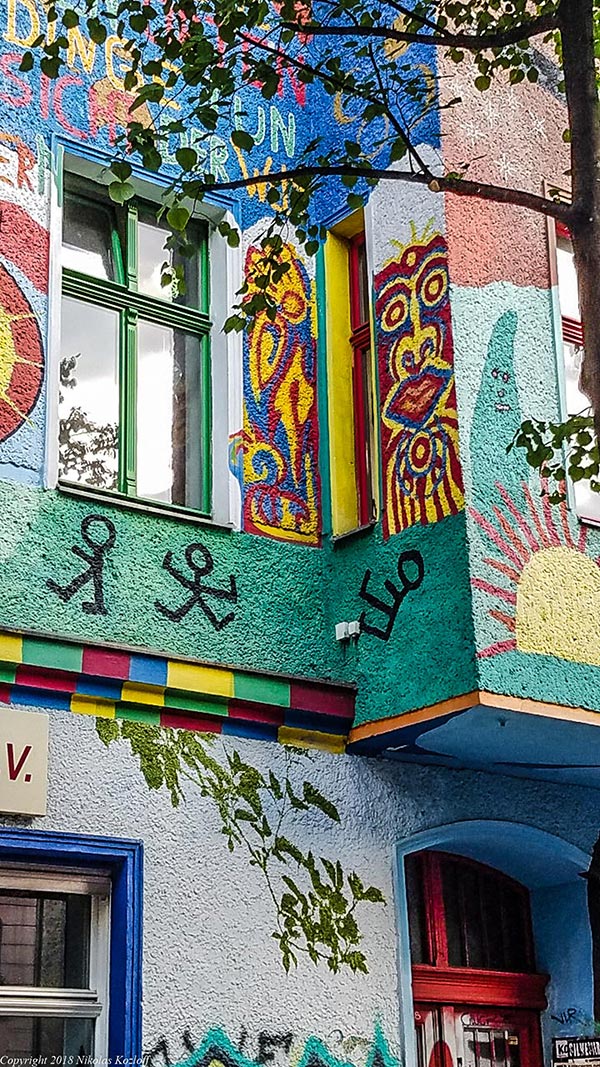 One side of the building is covered in dinosaurs. 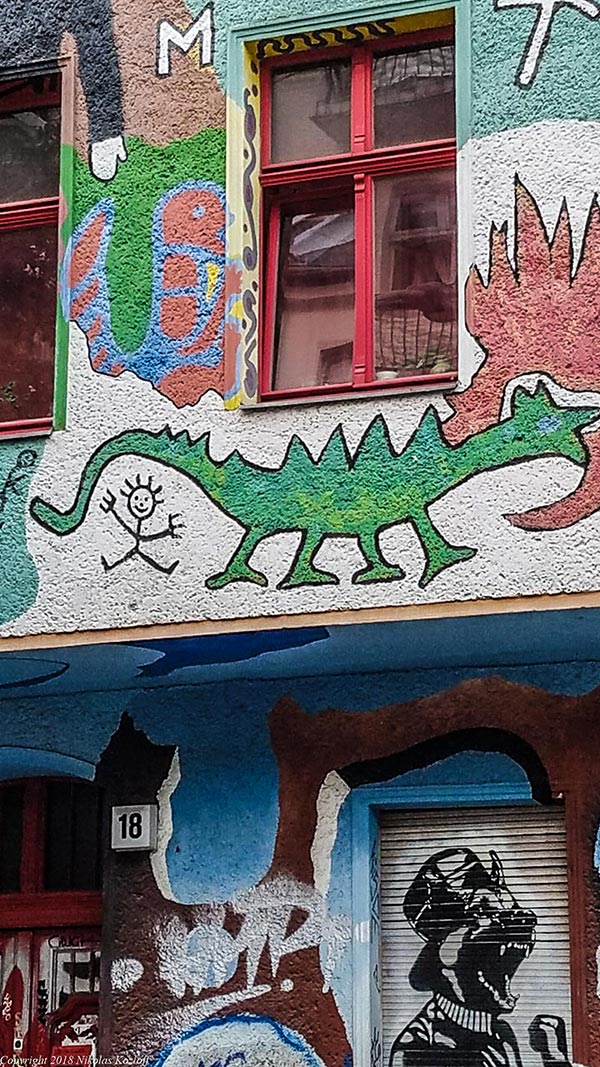 Other sections of the facade displayed more overtly political messages.  For example, this banner in support of the ZAD utopian squatting settlement in France. 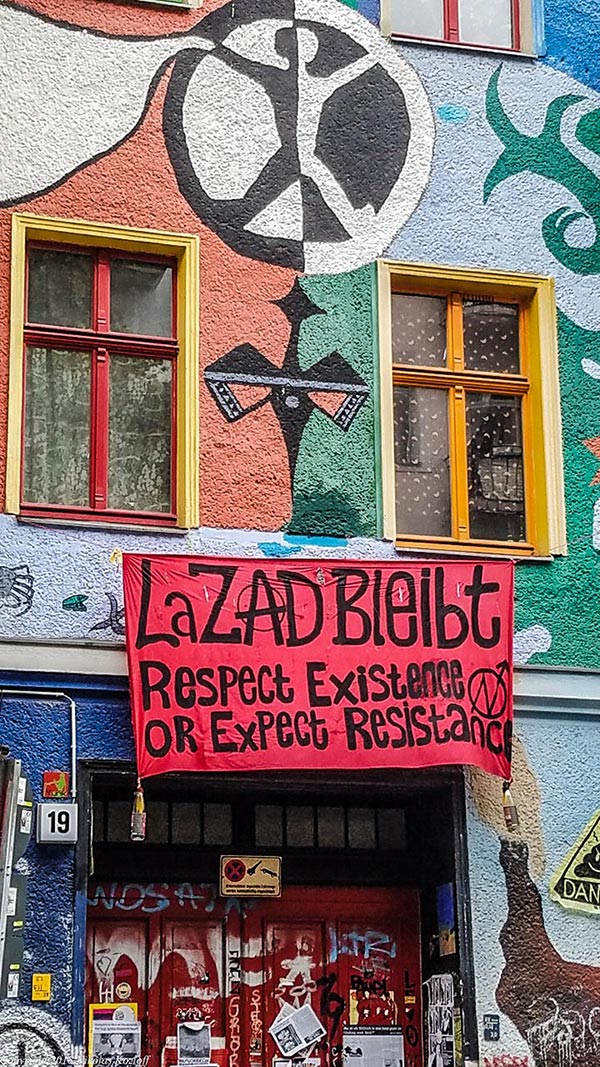 More political graffiti and upbeat messaging about changing the world. 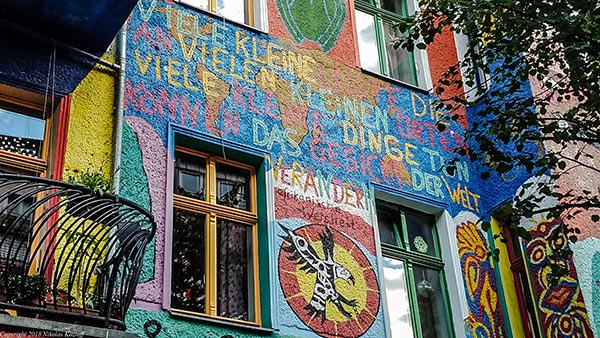 Another resident hung a Ghanaian flag. 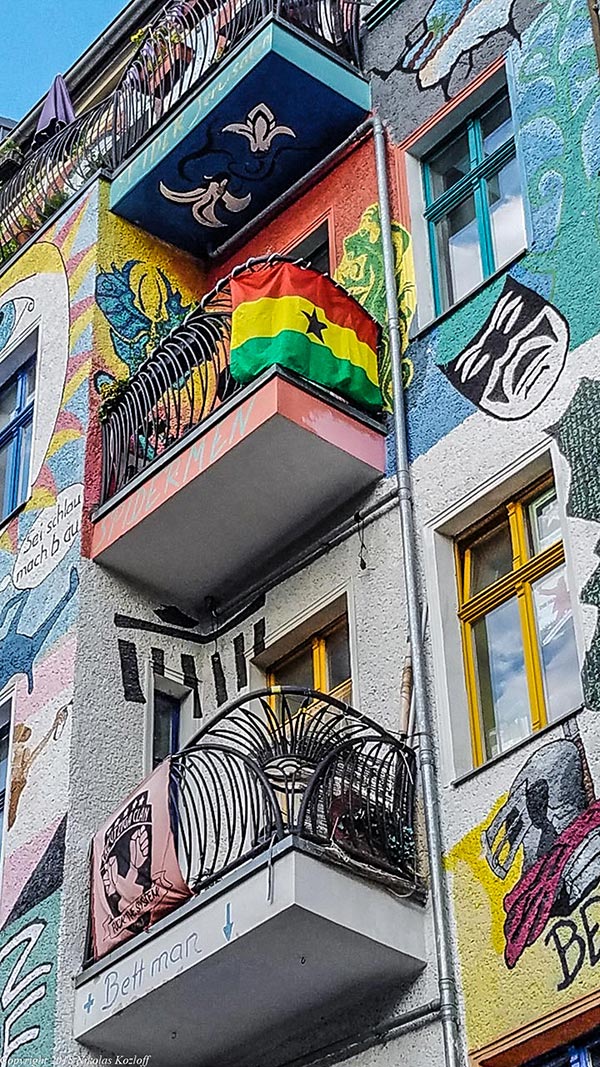 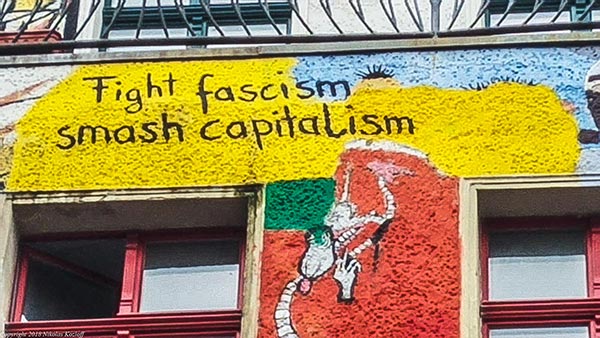