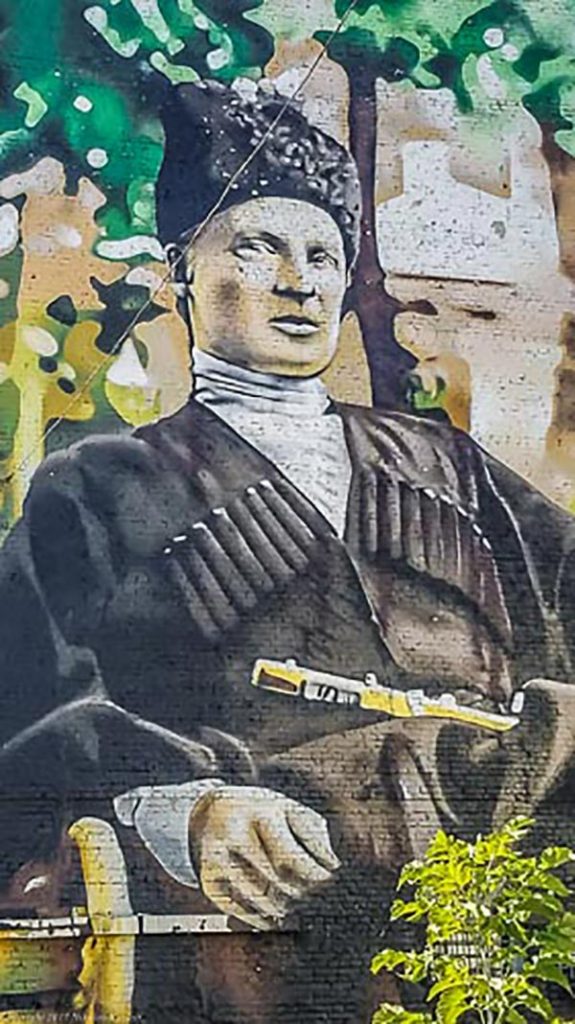 In the post-Maidan era, Kyiv has witnessed the proliferation of murals which dot the sides of buildings throughout the capital.  Many murals underscore Ukraine’s search for historical and political meaning.  Take, for example, Mata Ruda’s “Protectress,” located just a block away from Maidan square.  The mural depicts Berehynia, a Slavic female spirit who is popular among romantic Ukrainian nationalists. 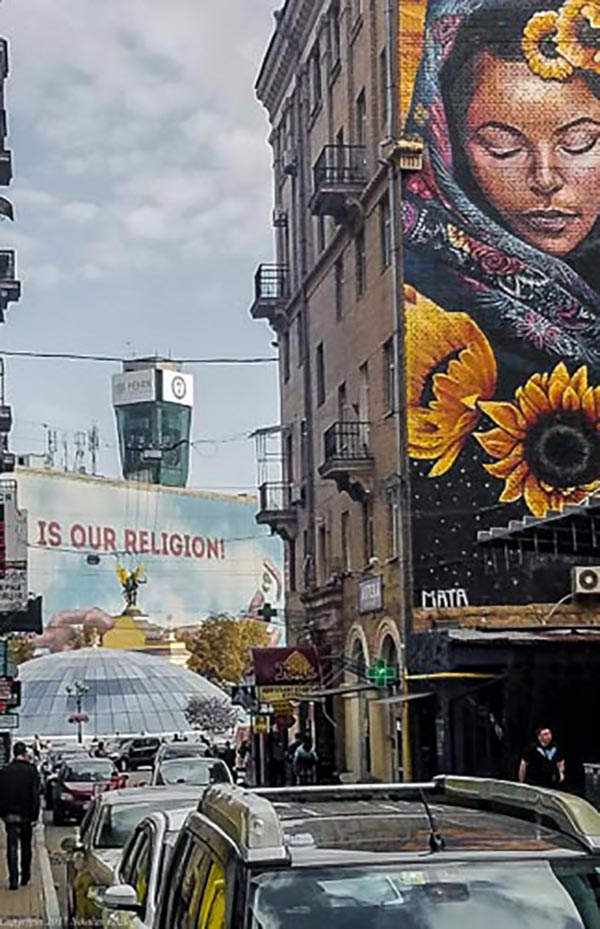 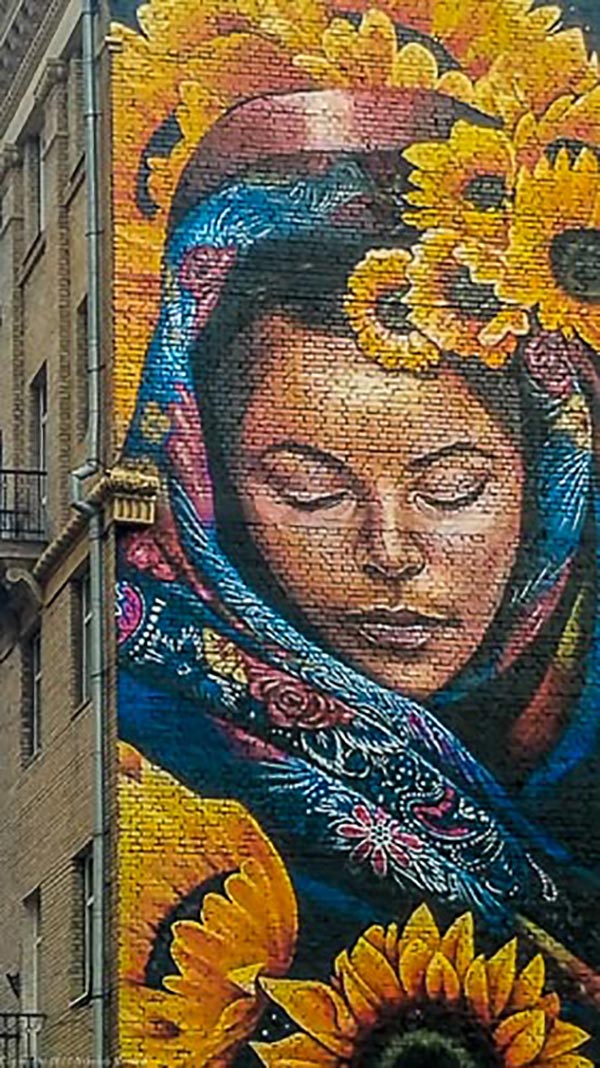 Walking along near downtown Kyiv, the visitor may spot yet another mural depicting a woman dressed in traditional attire.   The work, which was designed by Guido Van Helten, is based upon a poem written by socialist Lesya Ukrainka, a noted poet and female activist (for more on Lesya Ukrainka, see my article here). 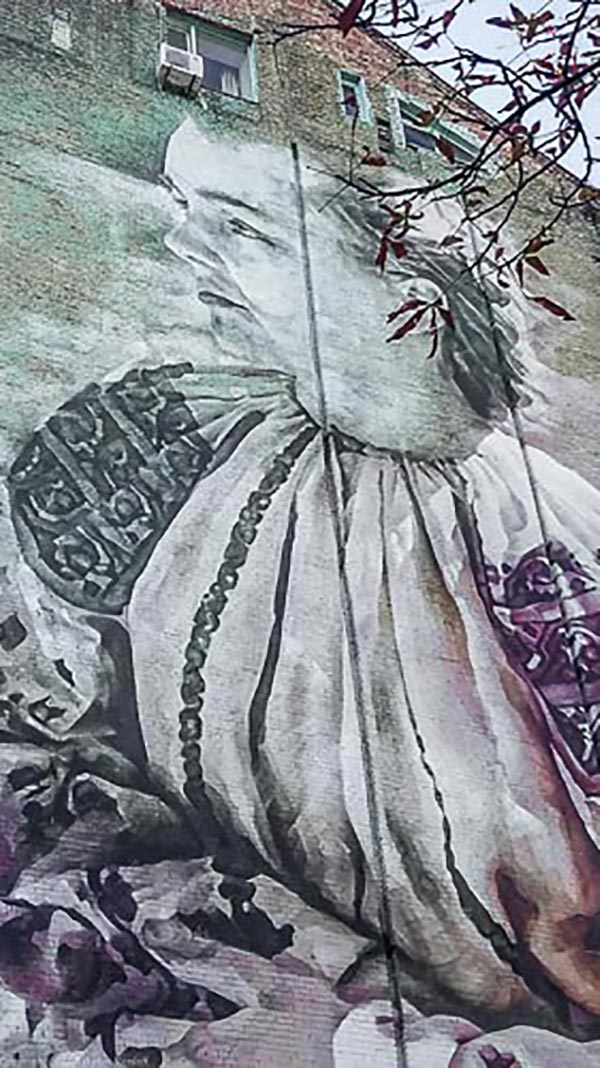 In another corner of the city, visitors may notice a mural depicting academic Mykhaylo Hrushevsky.  In 1917, Hrushevsky became a supporter of the Ukrainian Party of Socialist Revolutionaries, the majority party in parliament.  In the following year, he was elected president of parliament. 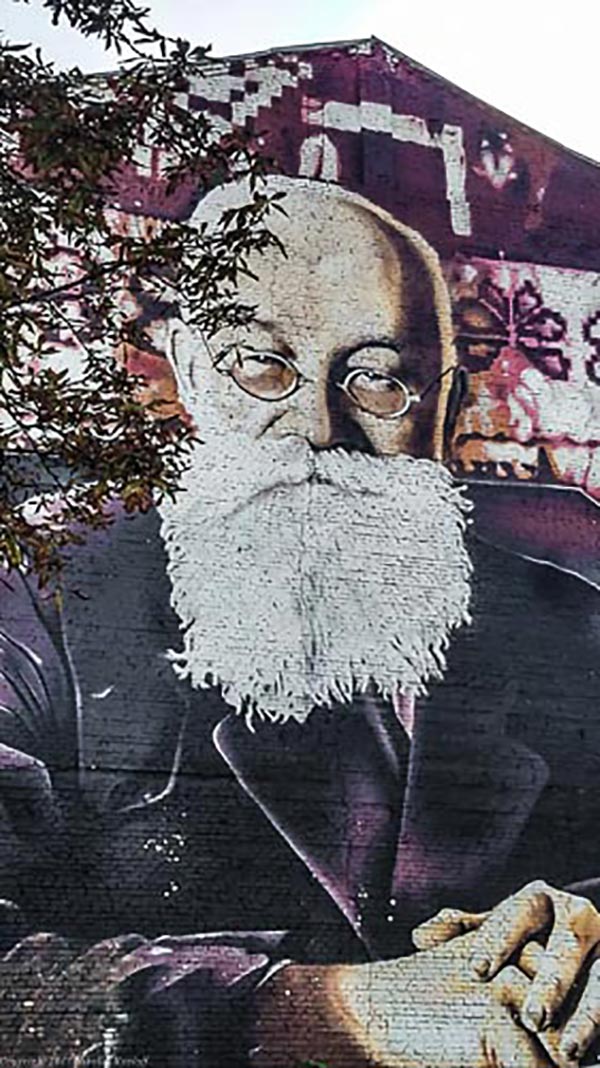 Who speaks for Ukraine, left wing or right wing figures?  On another building, visitors are greeted with a mural depicting Pavlo Skoropadsky, who led a coup d’etat and overthrew the socialist government led by Hrushevsky.  Skoropadsky stood against land reform and stood against land reform.  A Czarist military general, he found himself at odds with the political milieu following the Russian revolution of 1917 (for more on Skoropadsky, see my article here). 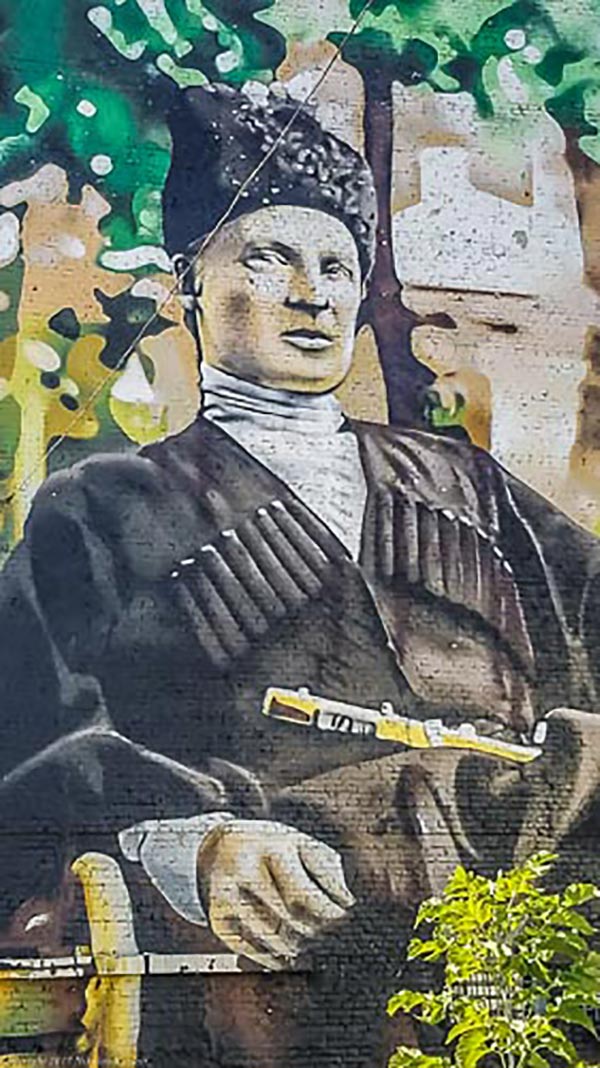 Outside the city center, I came upon another curious mural whose meaning is somewhat opaque: a meditation, perhaps, on freedom in the post-Maidan era as signified by the birds, one of whom is outside the cage and one inside?