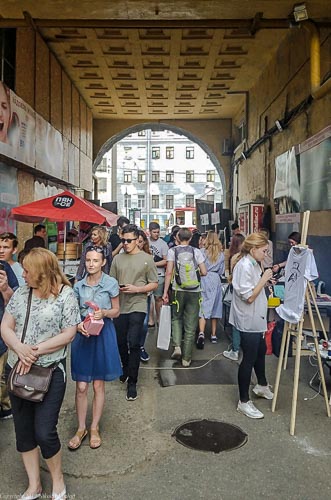 Judging from appearances, Russian hipsters don’t differ substantially from their U.S. counterparts in terms of underlying tastes.  In St. Petersburg, youth congregate at Etaji, a series of shops with trendy foods such as “black ice cream.” 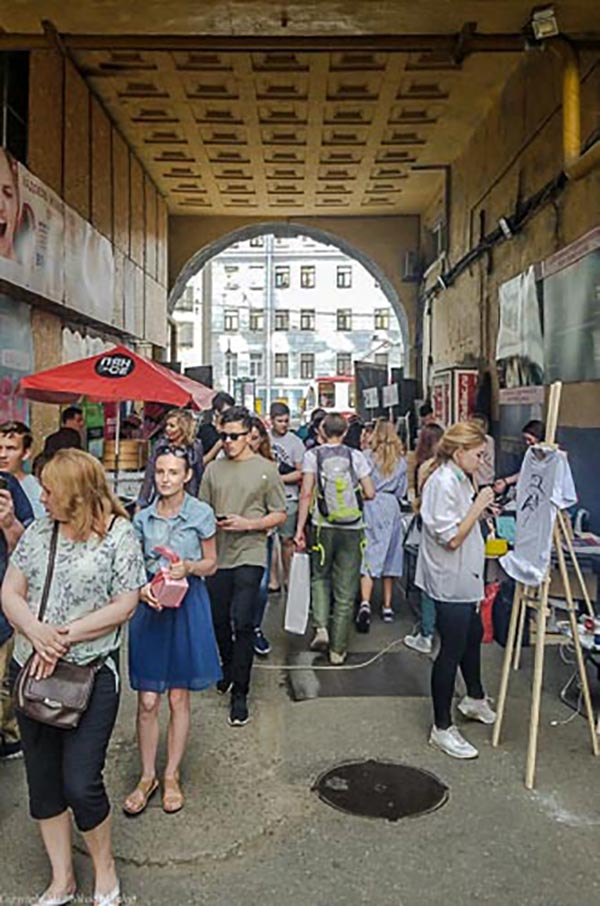 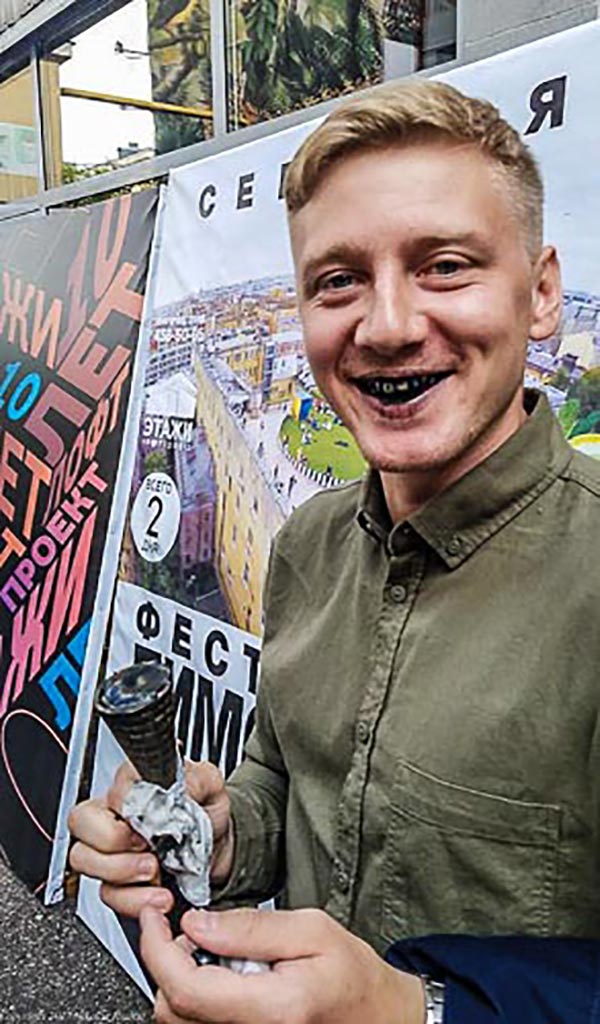 Etaji started as a squatted building.  Today, shops are located in improvised compartments. 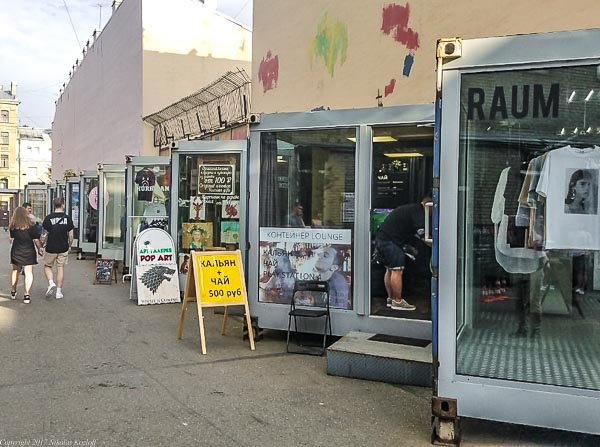 At Ziferblat, which feels more like Brooklyn than Russia, visitors pay by the amount of time they spend in the cafe as opposed to what they eat or drink.

A food truck parked along trendy and youthful Rubinsteina Street. 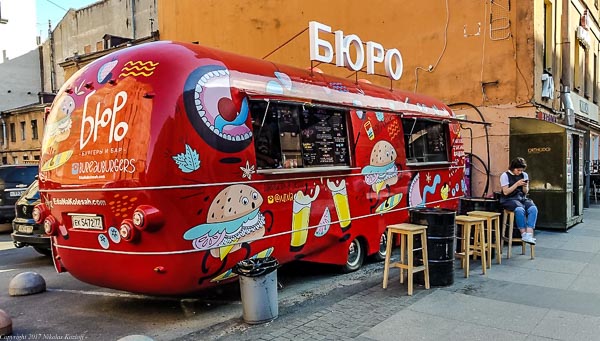 In Moscow, the former Soviet-era Red October chocolate factory has been turned into a trendy hipster mecca full of restaurants. 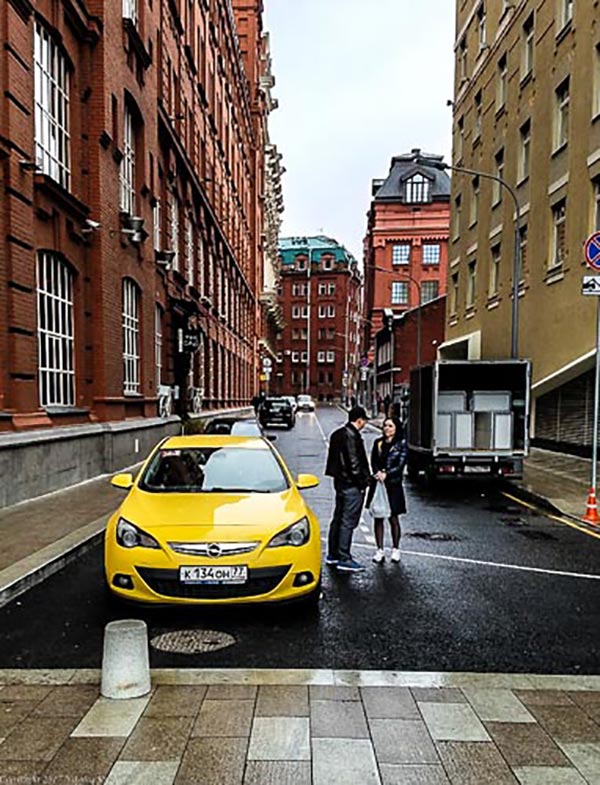